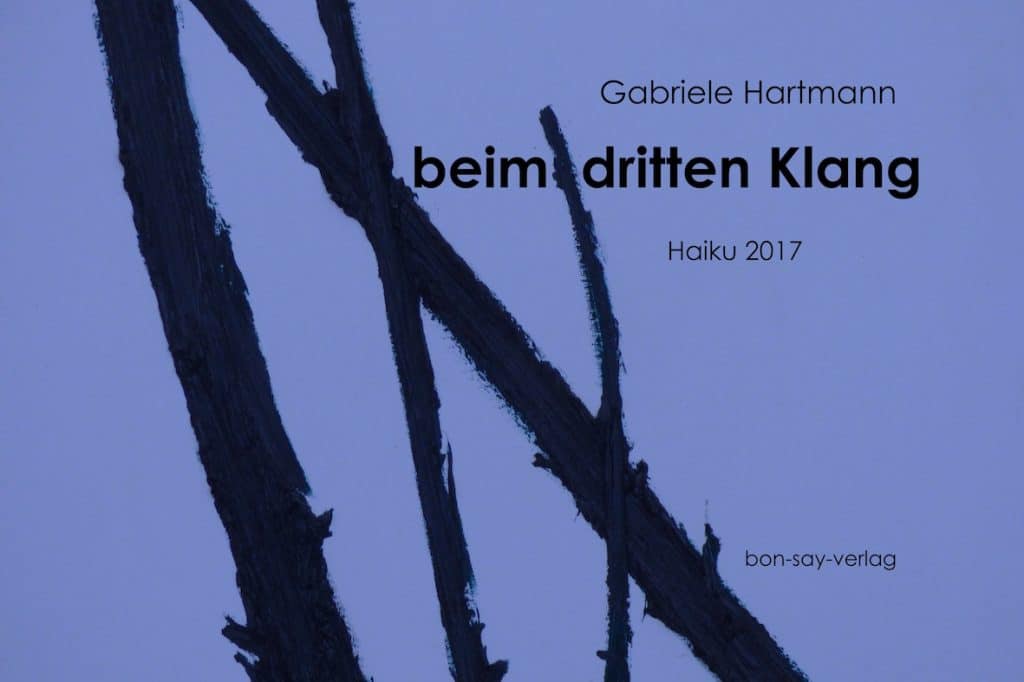 Discovery tour - once again! - in Gabriele Hartmann's rich annual haiku harvest, which always opens up new and astonishing perspectives - also on the basis of familiar terms:

Topsoil
the appraisal of the hands
before the meal

"Top soil" is positive, more than that: vital nutrient connotes nutrient soil, mother earth, maybe "Die Gute Erde" by Pearl S. Buck. In Gabriele Hartmann's haiku, ultimately, the necessary evil of the playing surface for a child, whereby the mother - archenemy of all dirt par excellence - "before eating" carries out the "examination of the hands" of her daughter.

One should not think that everything is clear; life is full of surprises - especially in the unexpected detail:

conventional medicine
out of therapy ... the shaman
Hangs up

Who or what is he hanging up on? The healing hand or the telephone handset? And if the latter (which includes a tour de force through human history), why? Because "out of therapy" also applies to him? He doesn't want to be an emergency nail? Or long distance calls are of no help if healing requires human closeness?

Such are the questions that Gabriele Hartmann raises. And it is her and our consolation that boundaries that we draw or that we are drawn do not automatically apply to everything and everyone in nature:

Gabriele Hartmann has a sharpened sensorium for ambivalence in the interpersonal and all too human; maybe because she’s not too sorry to take a close look at herself:

representations
the desire for an old stitch
to scratch

Who does not know them, the counter-rotating, but simultaneous impulses of "hurt-but-hurt!" This can torpedo even the moment that stands for the possibility of a completely new beginning in the most diverse religions, cultures and calendars:

For us, the new year starts in winter. Sprinkling salt makes sense when it comes to ice and smoothness. Sprinkling salt into old wounds is completely counterproductive against all healing. But that's how we are and the poet perceives it clearly and unadorned.

Speaking of "perceive"! The haiku follows the senses; So it does its own, at best, child-like research into the causes, everything that meteorology can tell us about overcast weather, happily and cheerfully belies lies:

Or does "he" just want to hold it against?

Undoubtedly it will be maintained in German haiku: Goethe's dream from the “west-eastern divan”, that the Orient and Occident may unite:

Why not? This enlightening meeting of Basho's Furu-ike-ya with the Grimm brothers? "Don't be a frog doesn't have to be the last word of wisdom: Whoever is critical of the nobility of the little one (slippery!) Can be instructed by Kobayashi Issa otherwise!

Finally, I want to quote one of my favorite haiku because it once again proves the poet to be the careful perceiver and guardian of the ambivalent:

You don't have to read that as an advertising block for marriage: tightness can hurt. Only: does "closer" really stand for pain and prison - or rather for the gift of involuntarily grown intensity of the relationship? Hartmann's haiku questions will find as many answers as readers.