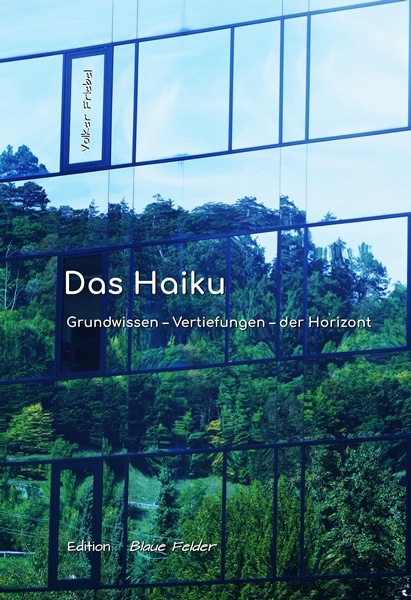 Whether cooking, kissing, poetry: we learn best through experience. The freshness of spontaneous expression of haiku, its presence, the immediate description of what is, appealing not just to the mind but to the senses ... Over a hundred good examples of this are included in this book. The first part introduces the basic knowledge of haiku, shows us the status of this form of poetry, as it has solidified in recent years and decades. A brief historical overview follows: The development of haiku in Japan and its way into the world are outlined. Connections of the haiku with other arts, with pictures and other forms of literature follow. Chapters that can be described as deepening follow. I hope that they are suitable to go beyond mere comprehension, that they not only increase knowledge, but also question, relativize - and bring it to life through the fact that they are used for new reading, for more precise reading, possibly for new poetry to inspire. Knowledge and inspiration - that is what these pages want to offer. Knowledge is solid and dead when it is written down. Inspiration is alive and flowing, rewrites everything that is solid over and over again. From this field of tension, the haiku looks at us, poetry looks at us, and we may sometimes look back.

Horst-Oliver Buchholz
The horizon so far

Volker Friebel has presented a book that is rich, like a treasure, compiled in many years, as he himself says in the foreword, at first mentally, then put on paper, and he shares this treasure with his readers. With this book, Friebel opens up a wide horizon, a large space that he traverses, measures, and explores the depths. He takes the reader on a journey, it is a journey of discovery. Friebel has drawn up a clear route for this. The topic of haiku - and related forms - is explored step by step, based on a clear order. It is an instructive book, but never instructive. As a fundamental work, it deserves a special place in haiku literature. It can only be a place of honor.
But one after the other. In the book, the essential characteristics of a haiku, as they can be described as secured, are presented and discussed in an excursus “basic knowledge”. A worthwhile chapter even for experienced authors to revisit the basics of haiku poetry. From there, the journey goes back in time as Friebel traces the history of haiku, starting centuries ago in Japan before turning to related forms such as Haibun, Tan-Renga or Haiga. Here Friebel finds the right balance between brevity and length, nothing remains unsaid that has to be said, but nowhere does what is said become a torrent of words that could lull the reader, it remains tangible. Like the haiku itself, Friebel finds a language that is concrete, almost factual, but at the same time leaves room for his own thoughts. A stimulating lyrical landscape spreads out before us, probably also an inspiring one, the reader likes to wander through it.
Perhaps this is the special essence of this book, that there is order in the multi-layered theme of haiku, orientation also, but that it never remains or even freezes in this ordering structure. Rather, we experience sensitive, almost sensual approaches and considerations, which are based on sound, rational expertise, but which at the same time detach themselves from it and enter a poetic space.
With this, Volker Friebel has succeeded in a trick: the happy connection of expert information with the nature of the lyrical, which always points beyond the specific word. Friebel uses this trick by focusing on one thing in particular: namely the haiku itself, of which there are many examples of many authors on the 164 pages. This selection also traces the history of haiku, starting with the old masters such as Matsuo Bashō and ending with experimental haiku today.
Friebel's observations on this are particularly penetrated by theoretical explanations and columnist considerations, with which he exposes the multilayered subject layer by layer. This becomes particularly clear in the book section “Aesthetic Moments”. There, in 23 short chapters, different aspects of haiku poetry are illuminated, from sound and rhythm to reverberation and feeling to the aesthetics of Wabi-Sabi. In short, concrete and poetic fashion, this happens as if it were poetry itself.
The final chapters in the book, summarized under the heading "The Horizon", are unique, at least the reviewer has never read anything like this. They approach the reader like a large essay and consider topics that are not only the basis of literature and poetry, but that point to the fundamentals such as the possibilities and limits of language and communication, of perception and deception, of the sensual and the rational. With nimble ease, Volker Friebel moves between the worlds of objective knowledge and subjective experience, enriched with thoughts of a philosophical nature. The reader becomes astonished. And here, at the end of the book, the treasure gets a special shine again.