desire - Renhai ... inspired by the album of the same name by Bob Dylan 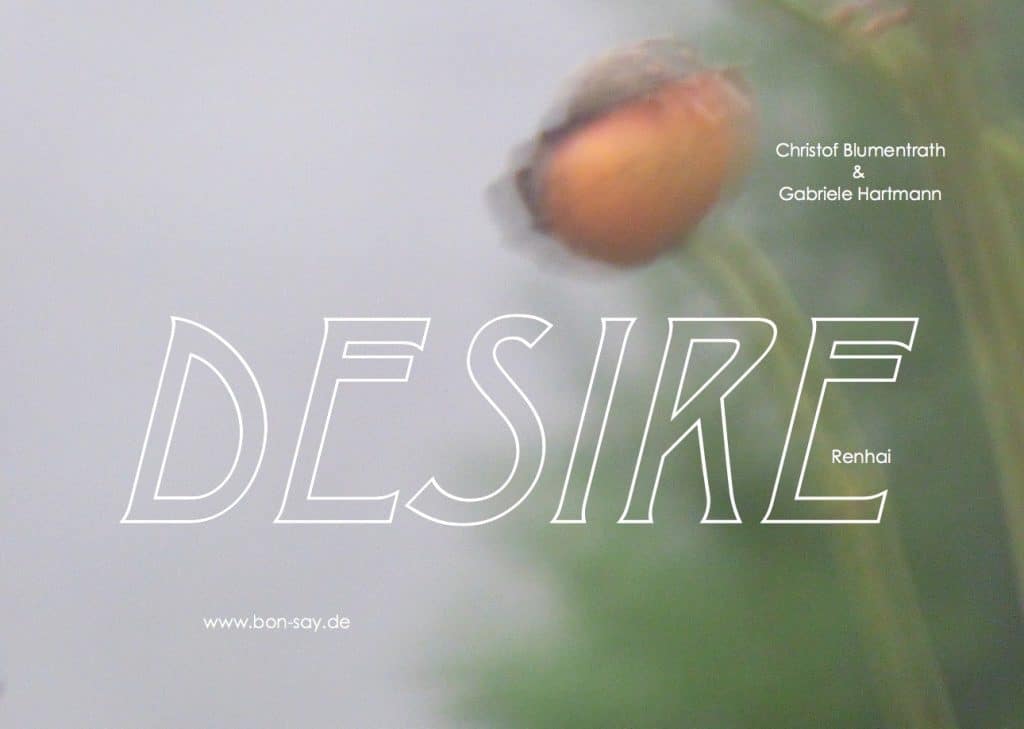 10 Renhai - inspired by the album of the same name by Bob Dylan
Christof Blumentrath and Gabriele Hartmann were inspired by Bob Dylan's album "Desire" to create a joint poetry in the style of the Renhai. The respective song title finds its place as the first line of the second verse. The first author writes both the first (three-line) verse and the second line of the second (two-line) verse. Then the second author writes the (three-line) final verse. A heading was deliberately avoided.

Desire, released in 1975, is one of Bob Dylan's major albums. Rightly so. It tells great political stories, such as in “Hurricane”, the first song on the album, and very personal stories, such as in “Sara”, which concludes the album. And so it is also a big undertaking to use the song titles of this album as a source of inspiration for a poetry in the style of the Renhai. Ambitious and not harmless. Well, it worked here. The album title, which Christof Blumentrath adds to a verse with just five syllables, reveals an art of brevity:

Desire
without any word

we read there. This is as good as it is original. Words are the material, the material of every seal. This addition, however, suggests that a lot (here: Desire = desire) can do without words. It thus questions the (meaningful) power of words - but by using them itself, compressing them to a high degree and thus immediately restoring the power of the word. A fine paradox. The following three-liner penned by Gabriele Hartmann is also beautiful:

a thousand times
I forgot his name
and only his name

It tells a whole story, at least suggests that a novel can be opened and developed from these lines. This is exactly what distinguishes the poetry by Christof Blumentrath and Gabriele Hartmann. It is original in many places and always brings whole stories to life: poetry in the best sense of what poetry can do. This art permeates the reindeer shark of this work and distinguishes it in particular. "Diamonds in the sky" it says at one point. Here it is diamonds that have been put in verse and on paper. They sparkle in many places.