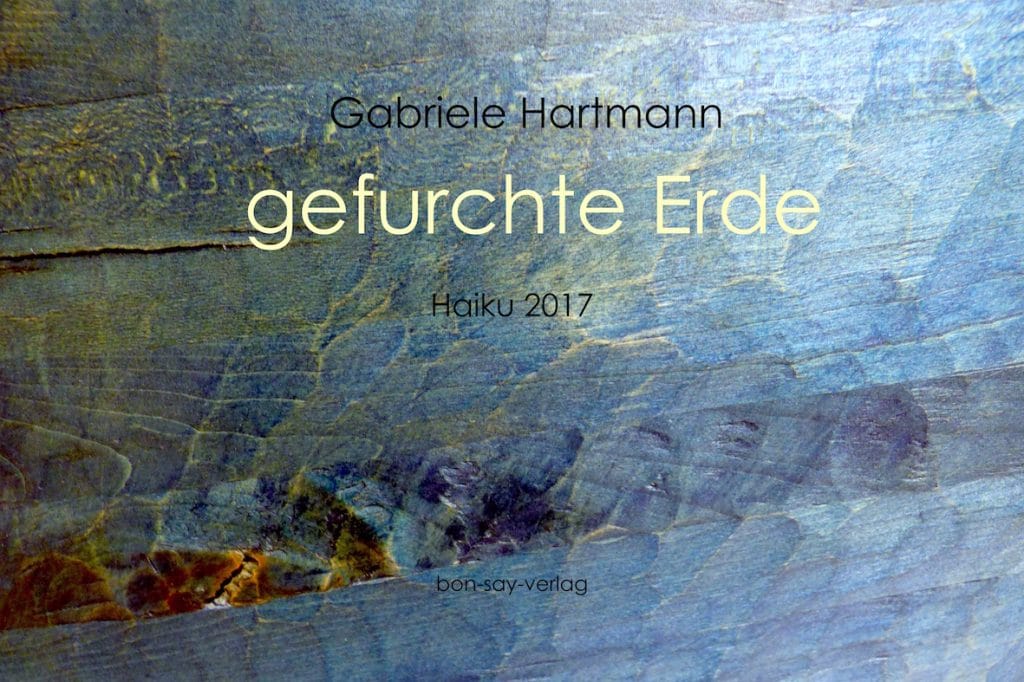 Whoever gets involved with the Haiku Gabriele Hartmanns receives a perfect invitation to meditation:

And get to know poems that break through the usual perspectives again and again:

last words
one umbrella after another
opens

“Last words”: Who does not think of the last statements made by famous people, such as those collected and recorded by Ernst Jünger, among others? The context of mourning is evoked by “last words”; In the case of our haiku, I am thinking more of the literal after-calls, which are always subject to two types of suspicion: on the one hand to gloss over and therefore to lie, and on the other hand that a living person makes himself interesting at the expense of the dead. So you ask yourself with a smile, whether the screens that open defy the onset of rain, or a false or too much public speech.

bulletproof glass
what us
connects

If there was "separating" instead of "connecting", we would be dealing with a common sense. But it is precisely this that “connects” in astonishment, especially when looking at the boundaries between each other. It unites us as humans that we always have to work through what separates us (the "bulletproof glass")!

Haiku has learned such a change of perspective like so much in nature:

The seagull may have been gray and inconspicuous before - now it is white and thanks to the background (the "rain clouds"). What would the light be without the shadow? What about the color - without the everyday gray background that it shines through brightly?

A single word (“reception camp”) is enough to evoke the context of the escape. The syllable “fang” speaks of being restricted and fixed wherever security was promised. Folding the cranes is not a boring job; it is rather connoted with the hope that the soul will grow wings anew! This restores its dignity to a term that was one of the most abused in the darkest period of our history:

Home
one left
the light on

I read “one” - I have to think of Tom Sawyer's aunt Polly, who in Mark Twain's famous children's book sheds a light on the missing boy at night. Childhood - safely experienced in terms of time and generation - is traced by Gabriele Hartmann:

This may come as a surprise at first: isn't the child's gaze following the path that the (probably beloved) traveling circus has taken? Be that as it may - the view of the moon is somewhere more precise and coherent: the traveling circus will still have an eye on the moon wherever it may have taken it.

You can see me when my job comes into play: as a pastor, I am also enthusiastic about spiritual interpretative possibilities that quite a few of Hartmann's haiku open up:

An ingenious picture for “prayer” (no matter what time of day): a stone that is thrown to graze and “cross” the lake, not just to sink into it. "Devotion" includes a whole host of personal associations and interpretations, for which sheer never-ending concentric waves stand, which the stone triggers when the water is touched.

A specifically Christian interpretation could dock with the Passion period: Starting point "The trip to Jerusalem" - a game of quickness, because the number of chairs undercut those of those involved by one. Jesus offers himself as a "surprise guest" who sits "between all chairs" in the event of the Passion, so that no one after him has to share this fate.

heavy breath
at the end of the ladder
the sky

Starting point for me: the fruit harvest; climbing the ladder until the tree below, at most: next to me and above me is only the sky (in which "sky" and "heaven" of the Anglo-Saxons can no longer be separated), "heavy breath" may indicate one who took the ladder too quickly - figuratively but also to someone who is running out of strength. There is no need to refer specifically to Genesis 28 and the Jacob's ladder that this text opens up a rich potential for comfort and hope.