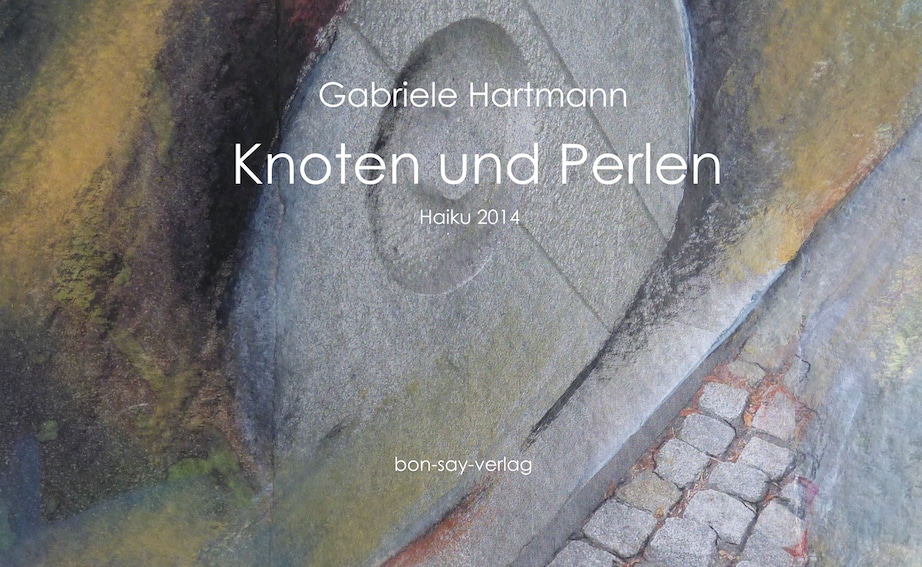 Gabriele Hartmann has eight network and five print publications in which Haiku was published by her in 2014. Rightly a sought-after author - nationally and internationally. Of the annual readings in which she has collected her haiku so far, "Knots and Pearls" is by far the most extensive. We read one of their haiku in French, Spanish and Dutch, 26 in English, 113 in German. Some Haiku Gabriele Hartmanns have literally become classics:

winter morning
the old violin maker
the silence is correct

The Sterntaler girl is very charming on her way to Magritte:

That breathes ambiguity, spontaneity, freshness. A praise of nature if it doesn't care about our human limits:

Then the poles of immanence and transcendence can no longer be strictly separated. In line with the Aesopian fable, a "dog" can make our eyes open and go over:

Yeah! Immediately the realization lights up that the vote is "given" and that there is nothing left to report until the next "election Sunday".

Cultural techniques are replacing each other, faster than ever. The threatening vocabulary "dementia" in the back of the head, the following text takes off:

Online Banking
he looks at the knot
in the handkerchief

Fear arises to lose yourself in the face of the fury of disappearance:

It used to be called memento mori!

The "task" of poetry seems to have remained the same: to look for what remains, in the midst of what passes.

Love also insures the permanent in the transitory:

a star, a star
our dreams are still the same
your hand in mine

The last look should be a text that is present in this volume in three languages:

moonlight
the empty chair has stopped
to rock

The successful haiku says "simple", "what is" and thus opens up a complexity that makes the poem a task for its reader. Because it creates relationships between the different perceptions that are plausible but not mandatory ("without alternative"). It is possible that the moonlight has a calming effect on the chair. It is also possible that the buzzing moon has taken its place - and the desire to "rock" is of no use to the "empty chair".