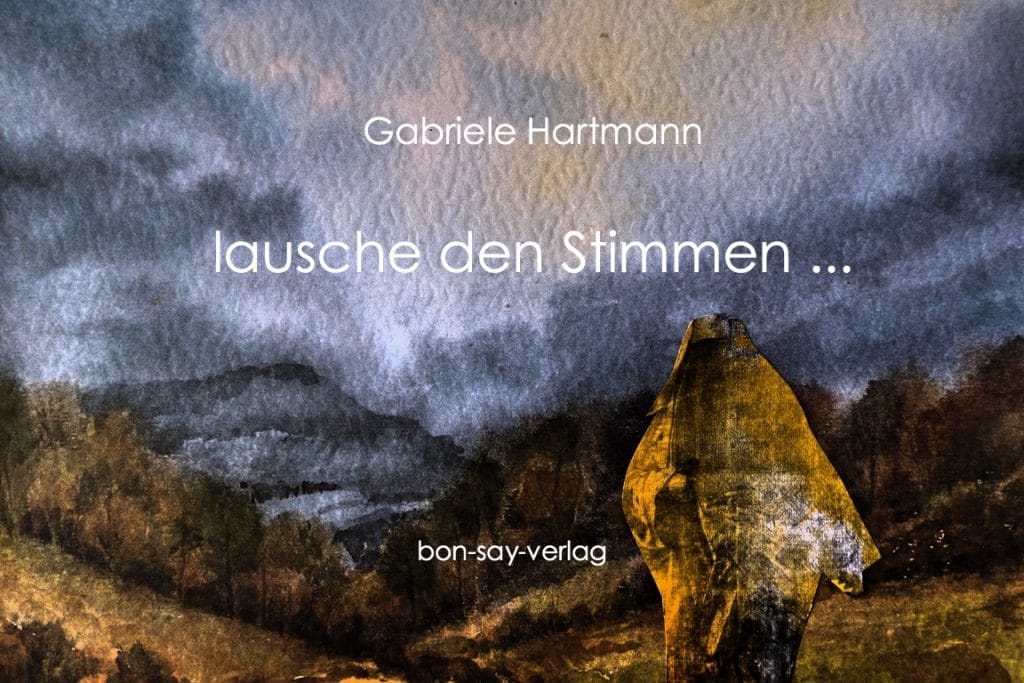 "Really Gabriele," I think when I come across such a haiku. The author has long since found her very own, unmistakable style - which is not so easy with Haiku. There is this special sense:

Spring Cleaning
in the back of the closet
his teacup

An everyday situation becomes transparent to the depths that it holds. Spring cleaning: take everything out, clean it, put it away. The "teacup" = his, "at the very back of the cupboard" = has probably not been used for a long time and still holds its place. It is nicer when cups are used. It is therefore not at all desirable to have “all cups in the cupboard”.

Remembrance is also an issue in the next example:

Ivy tendrils
to some of your words
I still think

Does the haiku seal need nature? She definitely needs this haiku. Because the whole subtlety of the statement only shoots when I have the ivy 's little feet in mind - small and tough as they are.

Gabriele Hartmann knows their sources. And linked them in the most fascinating way. Like DAS Haiku par excellence from Basho and the Brothers Grimm:

Interesting for me to discover the Bible again and again in Gabriele's arsenal of motifs:

God's hand
the swallow nests
in the transept

Who shouldn't remember Psalm 84, verse 4: "The bird has found a house and the swallow has found a nest for its young".

Many biblical references remain completely hidden because they have been completely transformed into everyday life:

new jeans
he pushes the old belt
through the loops

The wafer-thin irony only comes to its destination where Jesus' talk of "new wine in old bottles" (Matthew 9, 17) is heard.

I make a biblical motif in two of the haiku - probably because it is of particular relevance:

from behind
throws one
the first stone

Folie is the pericope of Jesus and the adulteress (Joh. 8, 3 - 11), which is brought before him so that he can give her the (death) judgment. Jesus returns the cause to the accusers - in a word that saves the delinquent: "Whoever is without sin among you, throw the first stone at her." “Behind” is a synonym for cowardice. And against the background of the story, it still wins a new, own reading: Face to face with Jesus, the first stone could not be thrown!

The second shot of the motif confirms the fine line between word and deed and can also visualize the act of violence:

in her words
Steine
the first one flies

The everyday observation that violence and its potential for threats do not get any better by changing roles:

Girls gear
He changes
the street side

Political song - a nasty song? Not necessarily - if the ultra-fine irony mentioned above applies. Then the “refugee crisis” receives an astonishing as well as illuminating comment in the form of a haiku:

"Wherever you sing, take a seat; bad people have no songs ”- wrote the otherwise almost forgotten walker to Syracuse, Johann Gottfried Seume, in the permanent poetry album. The joke: the singers (the good guys!) Are not the settled here, but the ones who would like to settle down. The repetition “sing, sing” emphasizes the role reversal as a very specific “crossing of borders”. It is comforting that some borders are more permeable than it initially appears:

It is surprising that not only the one who takes on an office can prove to be “courageous”, but also the one who gives up:

thin ice
I kick boldly
back