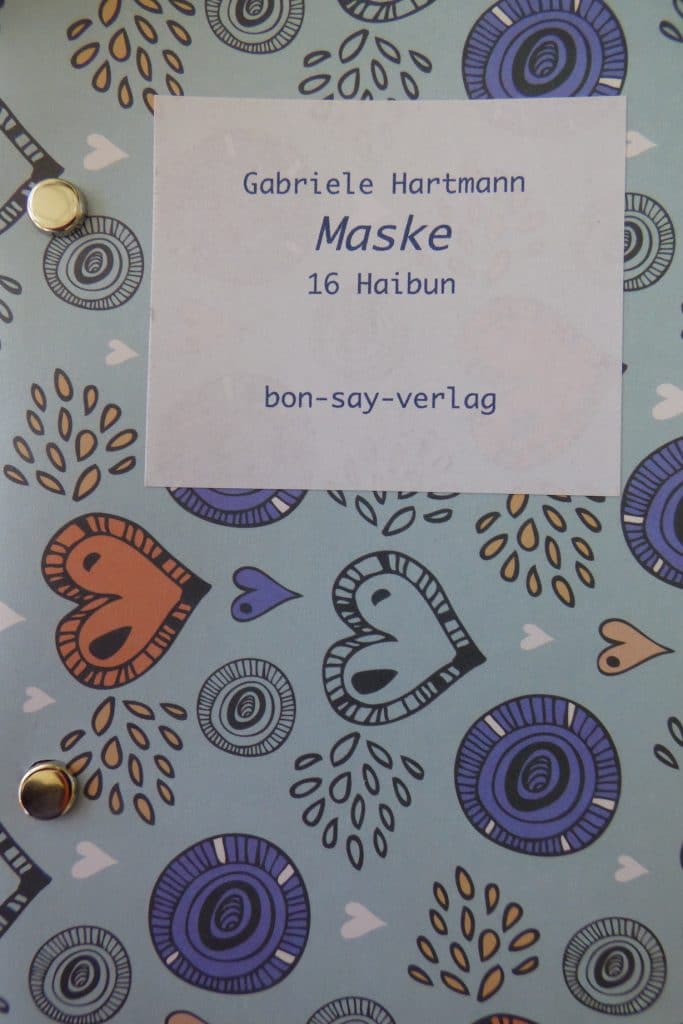 A narrow, beautifully designed edition that sets literary standards. Because Gabriele Hartmann is a master in the Haibun. No gimmicks (in the disrespectful sense of the word), but to occupy texts that concern you. "Are you new to this world?" Asks the girl in "Greeting" (p. 4). Say yes and look around! It is worth!

"Nothing" (p. 2) has three sections and three levels. The first commemorates a memorial plaque for deported Jewish children and educators during the Nazi era. The second is the more private need of a father whose children complain (for whatever reason and with reason) of being neglected. The third consists of the final haiku, which breaks with any enticing aestheticism:

stumble
the stars no longer
beautiful

The big challenge for such a shark bun: regardless of the change of level, to keep the fall height at the beginning. The feat succeeds.

“Kurrent” (p. 5) also touches immediately: a neighbor in the field of vision with obvious signs of dementia: the forgotten door code can no longer be obtained with the supposedly helpful reference to a personal date as personal as the wedding day.

"Die Reise" (p. 15) combines one of the last working days before retirement with the situation of a bull facing the slaughterhouse in road traffic. As different as the degrees of existential threat may be, there is no trivialization and trivialization.

I find the three briefly portrayed texts outstanding, but that does not mean that other readers do not have completely different texts to "dock" with. My experience with Haibun in particular is that one's own personal background plays an important role in the question of whether a spark jumps from the text. Impressive, for example, with “Glories” (p. 7), the precise view of the bearer after a funeral.

In “Unknowns” (p. 13), a quotation from a poet becomes the decisive key for a formative own childhood memory.

The last day of vacation. He strokes the back of his hand on his cheek, touches his chin: a sound like nutmeg on a grater.

"My shaving cream is out," he explains with a grin.

priorities
two bottles of Bordeaux
to 39 each