PrevPreviousStop at the night. Haiku
NextOn the thread of life. 88 HaikuNext
Thomas Berger 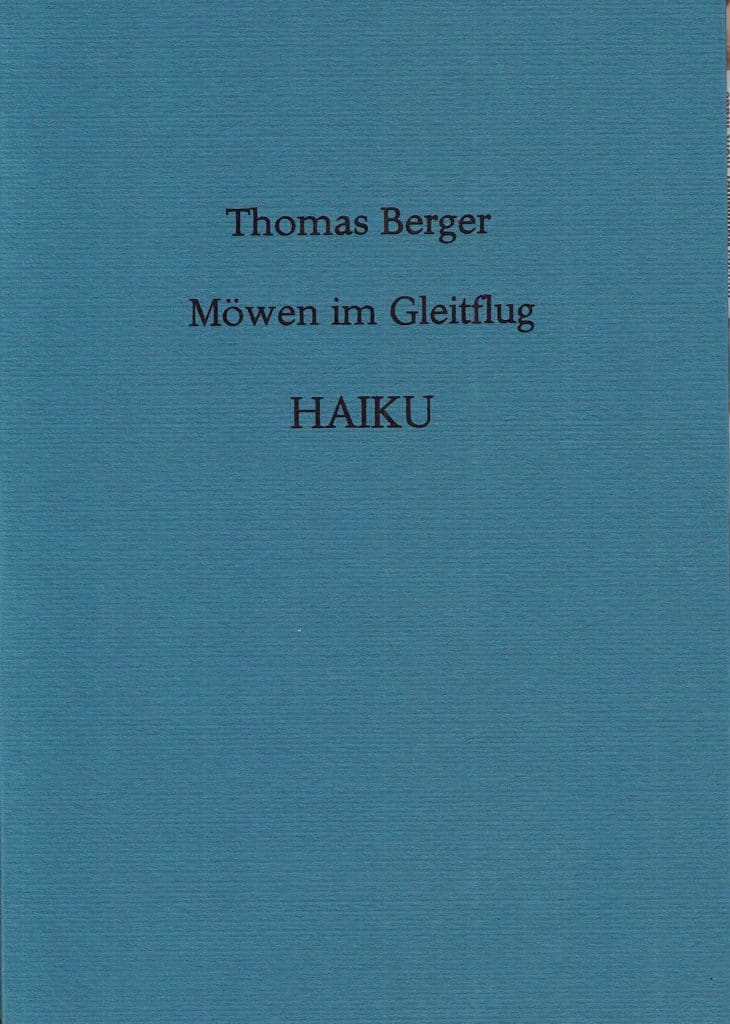 The poems of the German-language volume are based on Japanese haiku. The haiku focuses primarily on the harmony of nature and people in specific emotional situations.
Alignment with the literary genre of a foreign language harbors a number of problems, which of course can be put into perspective if design freedom is kept in mind.
“Seagulls gliding” aims to emphasize the proximity of words and silence through linguistic concentration.

In stormy times
the magpie creates its nest.
When is spring coming? (P. 35)

Since humans perceived that they are changing nature excessively, the motif of the untimely has also found its way into poetry. “The magpie (manufactures) its nest” ̶ thus practically practices “spring”, which - as it corresponds to our ideas - is not yet there.

The talk of “storm” easily gains a metaphysical impression; so it is not surprising that the following haiku reminds the religious scientist Rudolf Otto - and the indissoluble unity of tremendum and fascinans that he named:

In the storm that night
he still leaves his house.
Lightning flashes far away. (P. 41)

Morning by the sea is easy and cheerful ̶ Beginning of a world:

Soft contours
draws the morning sun.
The wind and sea are silent.

Only that this day's work is one of life and death - and to separate the two closely together and not neatly:

A sparrow jumps cheerfully
around on the burial mound
at the widow's prayer. (P. 61)

At first glance, the following haiku may be reminiscent of Ernest Hemingway ̶ "The old man and the sea". But we are much closer - the term "master" proves it ̶ to the world of Zen Buddhism, from which the haiku originated:

The sea and the man
lost in conversation -
Master and student. (P. 62)

The elementary violence of the sea emerges in its demonization:

In the end, the human being appears to be healed to its actual size:

PrevPreviousStop at the night. Haiku
NextOn the thread of life. 88 HaikuNext