Sgt. Pepper's - Renhai… inspired by the Beatles album of the same name 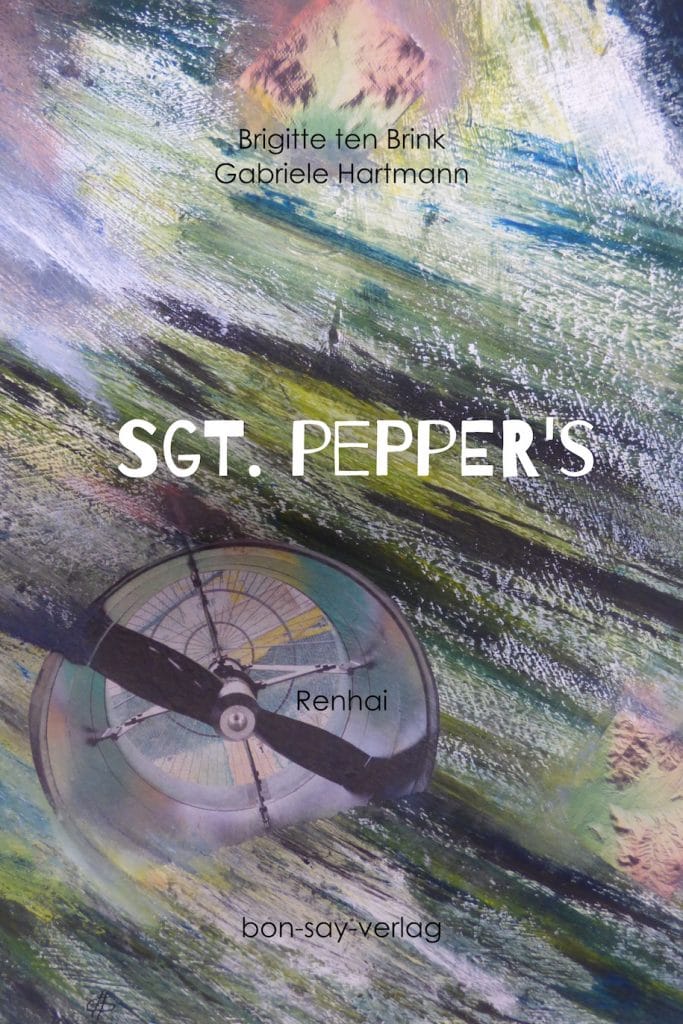 I was still a child in the big years of the Beatles. But her perhaps most spectacular album is full of tracks, the melody of which I can call up: In addition to the title track "With a Little Help from My Friends" (for me more Joe Cocker), "Lucy in The Sky with Diamonds", "She's Leaving Home" (a piece that a very young English teacher treated with us), "When I'm Sixty-Four", "Lovely Rita".

"They were friends" Brigitte ten Brink describes the myth in one short line (p. 1). From the breakup, everyone hoped the Fab Four could come together again - with the murder of John Lennon ten years later, the dream had been shattered forever. The two authors are fascinated - not blinded. This is what the “Mirage” (BtB, p. 3) speaks of as a commentary on “Lucy in The Sky with Diamonds”, a truly exhilarating acrostic poem (LSD!). The funny, exhilarating "When I'm Sixty-Four" as "second spring" (BtB) takes an entirely existential twist: "Shortly before the goal / change direction - there is / is good Grün.de" (GH, S. 9). The balance of the days ("one day like the other", BtB) experiences a truly haiku-like resolution: "and yet ... / a stray cat / smiles at me" (GH, p. 11).

As a reader, I am deeply touched by how the authors unfold the Beatles' ballads and certainly enter their own experiences, their own realities more than once. Page 4 makes you think about all the wishes that arise in childhood and probably only fulfill to a somewhat modest extent in adult life. Last but not least, page 12 speaks of the fact that the love of almost all young couples in the world has been at home in music at least since the Beatles; this music can exist as a secret band or wear out, then the "farewell on rates" (GH) threatens. Finally, my third favorite among the Renhai is completely reproduced:

For the Benefit of Mr. Kite
Circus music

the auditorium
Quiet as a mouse - a dwarf
bows