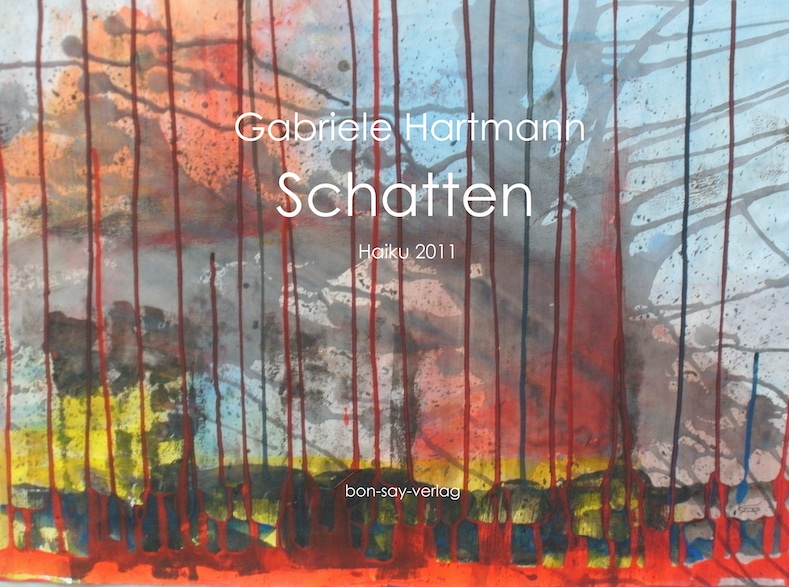 first morning light
emerges from the sleeping sea
the sea

It has something of demythologization. Of course you think for a moment of Aphrodite, the Venus of Botticelli. Sobering tautology? Not at all. The sea not only gives birth to beauty, it is beauty. The classic haiku with Japanese characteristics often puts two sensations side by side. An art that Gabriele Hartmann masters.

screeching saws
one vote
who calls for food

Impermanence underpins some of the texts:

dancing dust
in the closet mother's bridal shoes
and their braids

Contrasting this transience is a force of remembrance that has what was once present:

chocolate ice cream
a corner of the handkerchief
with mother's spit

See things through a child's eyes! advised Basho. That includes a B1ick that always goes from the hundredth to the
Thousandth device. But it sets priorities - in dream-safe security:

blind kittens
the children have their ice cream
vergessen

We think we know what is really important. And sometimes we'd better have a child take us by the hand:

Certification
a child spits
in the puddle

Autumn light
next to the stove
the steaming bread

The Haiku Gabriele Hartmanns are of such sensual quality. The author has summarized 40 of them from 2010 in the volume "Tracks". At the end of the volume, it identifies the Internet forums, magazines and books in which the texts have appeared. Classic topoi of the haiku seal, such as the reflection of the water, appear fresh and unused:

silent Waters
my eyes sink
in the plum tree

Even more: the motif gains a poetic intensity that the reader will not let go of any time soon:

small steps
the rotten footbridge is lost
between the stars

Quiet but full of reverberation, the author says goodbye:

Memories gain haiku dignity because they are and remain entirely present:

with her lips
Mother sharpens the thread
Lamp light

A wide variety of sensations accompany the autumnal start of the birds. Firstly, the pain:

Wild geese
the woman without a suitcase
turns away

On the other hand, a downright Taoist serenity:

In its brevity and conciseness, the haiku is close to silence. That silence that also needs the music as a counterpoint:

One of Gabriele Hartmann's most beautiful Haiku - one on which every interpretive word slips and lifts it
Contrast to: