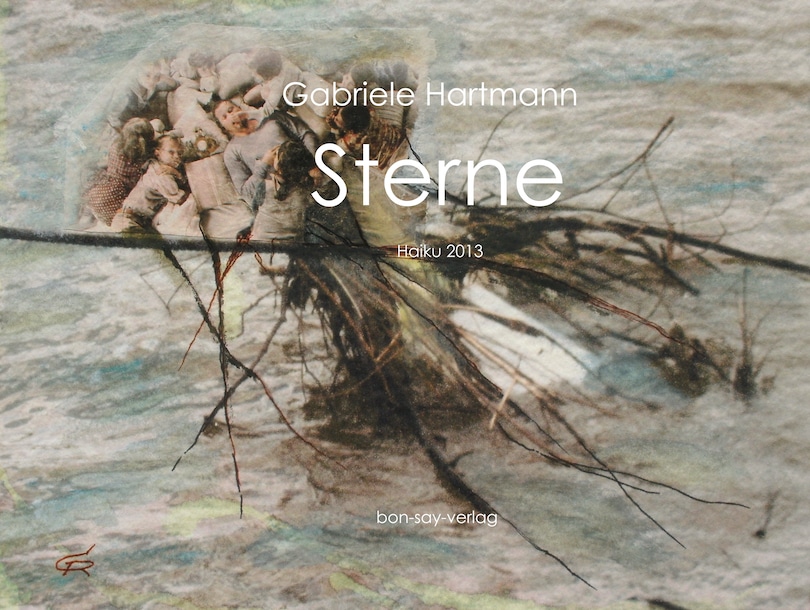 The Roman god Janus - namesake of the first month in our calendar year - has two faces. A fact that Gabriele Hartmann uses as a style principle. If I start reading your new book on one side, the collected haiku of the year 2012 will open up to me under the title "Staub". to which our special attention should be given in the further course of this review. We encounter Roman gods again:

Mikado
Mars and Venus
in opposition

First of all, we read the names of the neighboring planets of "our" earth, linked by the astrological term "opposition". In ancient myth, Mars and Venus stand for both: the greatest contrast and - the greatest attraction. Mars (Greek Ares), the god of war - Venus (Greek Aphrodite), the goddess of beauty. If you like, the dream (and scandal) pair of the ancient pantheon. And consequently a Mikado, which should not only be fun, but hot.

Life is no child's play, nor is the haiku poetry:

In addition to German and English, French is the third language encountered in the polyglot volume. The longing described below - and its consequence - is also universally understandable:

shimmering heat
the alternative route to the north
overloaded

Of course: the evasive maneuvers of our holidays are finally:

last day of holiday
the boulders
sort out

Since boulders heavily overload the luggage for the homecoming, we take the "boulders" literally and see much more in them than mere souvenirs. The question of what should go home now unfolds the imaginary power of a complete life balance. Speaking of decisions:

It is important to "cast" the vote - and still keep it! Dogs and watchdogs in particular! - are somewhat defensive, which also means: we could learn some things from them! So that the path through the rough (let's say calmly: the dust!) To the stars, by aspera ad astra, may succeed!

Opening
a visitor is studying
the escape route

A fine sense of humor suggests that the “visitor” is not so much afraid as aesthetic alienation. Probably invited guest Gabriele Hartmann closes the opening quite abruptly, which the exhibition also wanted to offer her. Quiet irony is at work (which does not stop at the author herself) when you consider that these are the lines of a gifted visual artist whose exhibition may invite you to study in various ways - certainly not that of the escape route! The initial (or nonetheless) debut is humorous at the beginning:

New Year's Eve
the diversion sign
points to the moon

You will hardly fail to attribute the observation to the joke of alcoholized jokers. At the same time, such a science fiction novel could start with an earth that we have made uninhabitable, so that only a dreamlike escape route remains.

It is the riddles, the ambiguities that make the Haiku Gabriele Hartmanns so precious. Who will join

Ukiyo-E
she laughs
and then it's over

This does not have to mean that transience ruthlessly governs every human relationship. After all, the "Images of the Fleeting World", the famous classic Japanese woodblock prints, had a preference for courtesans, which does not change the fact that the finiteness of the world around us makes us Don Quixote and Sisyphus:

However, the present collection is not overly melancholy. It is a “dancing dust” of which the title gives its name - a dust that bridges and cuts in the middle of time:

in the strange brook
the voices
from home