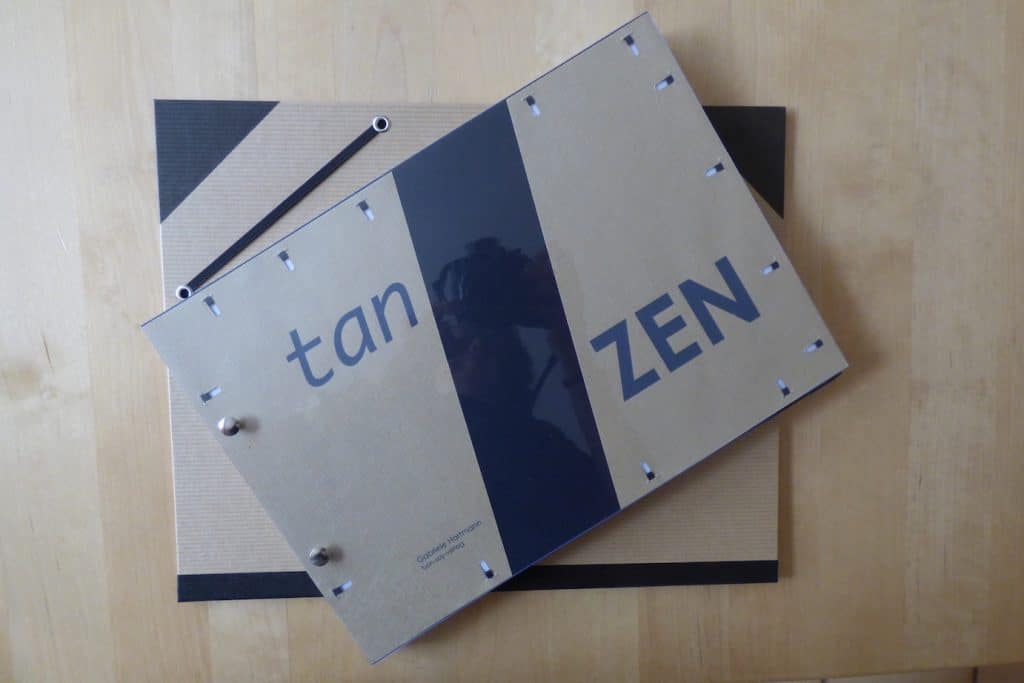 2016. A4 landscape, 50 different sized, colored, hand-designed pages, 2016, limited, numbered and signed edition (10 pieces), in a folder. Only available from bon-say-Verlag.

When Japonism washed the haiku poetry to Europe for the first time, Art Nouveau and the idea of ​​the Gesamtkunstwerk were not far off

Gesamtkunstwerk: a temptation for a person who spells the word art twice: once in a visual, once in a literary and poetic way. When I speak of a gem at tanZEN by Gabriele Hartmann, I immediately bite my lip because I never want to use this word again in an inflationary way. Because what is unique should also be named and remain unique. Total work of art? Let's ask the imprint

I read “tan” and think of Tan-Renga - those that are written in pairs. So not the “clapping with one hand”, which gave the title to a book of poems by Dietrich Krusches in the paradox of a koan. With which “ZEN” would be addressed, the background of the haiku poetry in the culture and worldview of the Far East

Space for two, i.e. for love and also for jealousy

Cock cry
I want you - I don't want you
wecken

The difficulty of love in times of war is named literarily:

and implemented artistically ingeniously for the viewer, in which the technology of the army censorship is put into the picture exactly.

good resolutions?
I take it
tomorrow

is the most convincing new year haiku imaginable, deposited by Georges with an abysmally delicious photo

is the name of the lawsuit for impermanence in its most crowded (Gendai) form, which does not even allow the one-time use of the space bar between the words. Breathless - and even more so - the root cause of the astonishment and therefore all philosophy, at the end of the volume at home in the immense vastness between Anselm von Canterbury's ontological proofs of God and concrete poetry.

Gabriele Hartmann's special gift is easy to say. Who else would find such a catchy formula for the Anthropocene, our age in which man (by no means not only for good!) Shapes the world:

It is absolutely imperative that this sentence casts a shadow in its graphic design.