Regardless of the roadside - a spring cheese 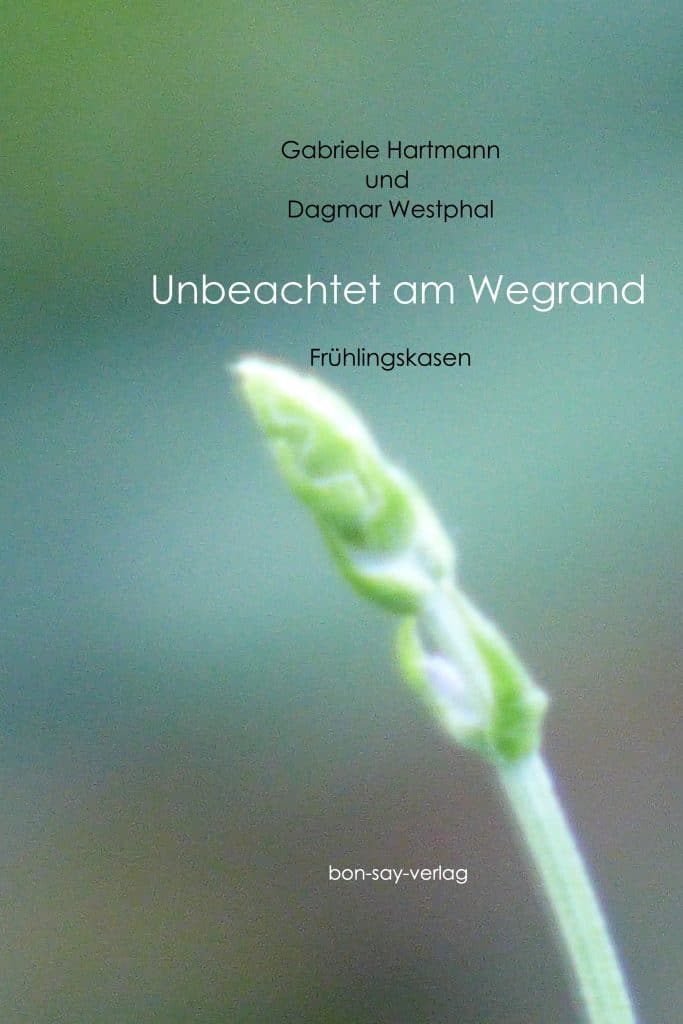 Handmade, Japan binding, A5, 2017, 6 €, only available from the authors and from the bon-say-Verlag

"Regardless of the way," Gabriele Hartmann and Dagmar Westphal, Spring Kasen,

In the early days of the German Haiku Society, cheese was not uncommon. Carl Heinz Kurz was the mentor of the genre in German-speaking countries, later Margret Buerschaper and Ingrid Gretenkort-Singert often directed. Dagmar Westphal has already crossed the blades of Kasen's poetry with various co-authors, including Georges Hartmann and the author of these lines. Together with Gabriele Hartmann, she now presents the spring chases "Irrespective at the wayside" in their bon-say publishing house. The co-authors correspond to a different typeface, the verses are not numbered, the subject-specific rules of the individual verses can be found in the closing legend: all decisions that make continuous reading considerably easier.

Colorful awnings -
the ice cream seller back
from Italy

old blind ... listen
the buzz of a Vespa

I quote individual verses by the two authors of great atmospheric density:

Autumn trumpets sound
for the source stone that dark tone

lying in the grass ... look how
the cloud cuckoo home is growing

white azaleas
next to the blackboard ... her screeching
at the letter A

Third movement, second part; one of Dagmar Westphal's two verses, which were revised for the second edition. I would like to close with one of the most impressive sequences, the beginning of the second movement, part one; an open meditation on what words can do:

Loses again
my longing for words
in the thick fog