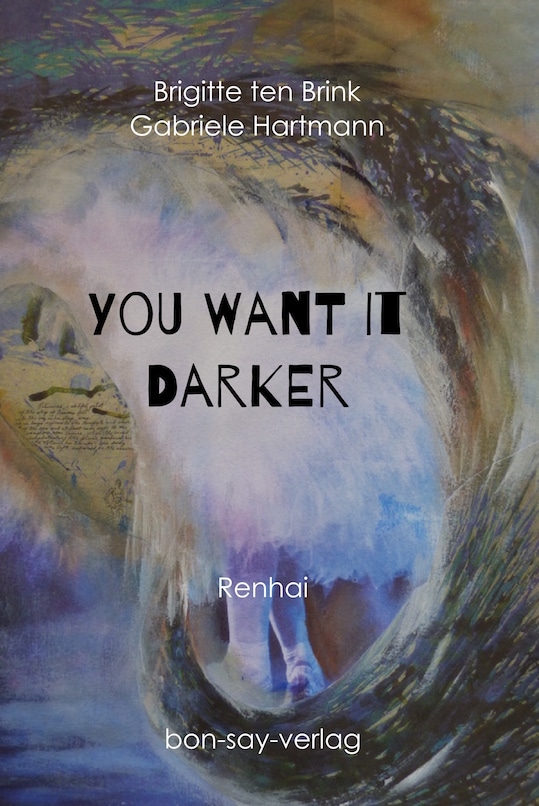 2019 in bon-say-Verlag, handcrafted miniature book, Din A6 portrait, 16 pages, with bookmarks, 4 €, available via email to info@bon-say.de

No doubt: Leonhard Cohen's last album was one of the most remarkable in recent years. So the authors did not intend to make anything minor when they made it the starting point for their Renhai. The approaches to interpretation are many: the biographical - it is about nothing less than Cohen's legacy. The philosophical, theological, contemporary or cultural-historical. Because the collaborative lyric work should not disappear behind all of this, I would like to use a different approach - by taking a closer look at two Renhai who particularly appeal to me.

great castling
one of the players blows up
his chains

The king's castling and one of his towers (small or large castling, depending on the distance) can be a security measure in chess, a draft move on the way to a safe defensive bastion. The poem suggests becoming more offensive, an escape from the paralysis: "one of the players breaks / his chains". The middle section "leaving the table / falling lines" directs the thoughts more towards surrender. With what dignity, however, the conclusion is carried out: "the pawn sacrifice / head raised / rejected". The "pawn sacrifice" can probably not prevent the defeat, if necessary delay it. The king, who "rejected" this, rightly did it "head held high". Exactly this type of commander-in-chief is, historically, the number one commodity!

to ashes, to dust
next to the stop
accumulate butts

in the luggage
too many wishes and that
old guitar

The "stop" is not a bad place - for pause, meditation, metaphysics. Even the most miserable cigarette butt can become a sign for the biblical “earth to earth”. "Traveling light" is therefore the Conditio humana - in search of happiness. Unfortunately, the "wishes" are always much more than "shooting stars". So be it while she's still playing: "the old guitar"!

At the end of an almost 50-year career as a musician, Leonard Cohen's last album "You Want It Darker" was released in autumn 2016, three weeks before his death.
Inspired by the song titles of this special album, Brigitte ten Brink and Gabriele Hartmann, a team that worked together in the writing process, write Renhai inciting repeated reading. Again and again the two authors succeed in unexpected turns, once again one is amazed where the mental journey is going. If the Renhai itself is already an extraordinary challenge to the - usually - two authors due to its writing sequence, these two poets master this task apparently effortlessly. Remarkably, in particular, they manage to echo the recurring elements of melancholy and darkness that are inherent in Cohen's songs without, however, giving the whole thing an excess of heaviness. They admirably keep the balance between light and shadow, lightness and depth.
The artist Cohen, both a musician and a poet, would surely have enjoyed this very personal homage as I see this lovingly made booklet.