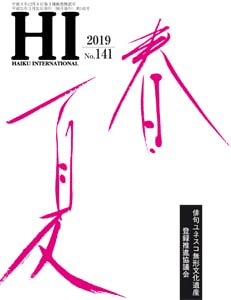 Clean the ink stone
and also the heart
rid of dirt

When cleaning the ink stone (suzuriarai 硯 洗) is a traditional ritual that takes place on the day or evening before the "Star Festival" (tanabata 七夕), which is celebrated on July 7th. Children and pupils, in particular, pray about this action, which also includes clearing the desk, for progress in learning and success in studying. In Haiku, due to the temporal discrepancy with the previously used lunar calendar, on which the temporal fixations of the seasonal words go back, it serves as the seasonal word for autumn, although in this poem it is used in the non-lexicalized combination from the noun "Tuschstein" (suzuri 硯) and the verb "clean" (arau 洗 ふ) is present.

Because of the ambiguity of the term torocco ト ロ ッ コ, which in the translation was translated as "observation train", could actually be a simple tram in this poem, referred to in technical jargon as "hunt", which makes its way over the autumnal "mountain peak" (enamel 峰) paves the way. This does not necessarily have to be visible, since the text focuses not on the visually perceptible, but on the acoustically perceptible locomotion. Autumn is the word of the season (battery 秋), which by adding "brocade" (nishiki 錦) is added and alludes to the colorful colors - here in the form of the Sino-Japanese composite "brocade autumn" (kinshū錦秋).

In the pen
the ink dried up -
last autumn day

When reading this poem, every reader will probably have their own story in their minds, why the ink in the "pen tip" (pensaki ペ ン 先) has dried out. The text itself provides only a vague explanation with the temporal location of the observation made and rather stimulates the reader to free associations. Literally is in the poem of the "last day of September" (kugatsujin九月 尽) the speech, which with reference to the lunar calendar in the figurative sense also stands for the end of autumn.

Lemons
and a lively conversation
over the garden fence

Also the "lemon" (row 檸檬) is now an established word of the season for autumn, more precisely for "late autumn" (banshū 晩 秋). It has been grown in Japan since the beginning of the Meiji period (1868–1912), meanwhile primarily in the prefectures of Hiroshima, Ehime and Wakayama. Whether it is the lemon in the poem, which, like the conversation about a "hedge" (kakine 垣 根) seems to be exchanged, a home grown or a bought one, is left to the imagination of the reader.

On the rustling of the stream
lies down
a withered leaf

The peculiarity of this poem is that the "withered leaf" (kareha 枯葉) - contrary to the intuitive assumption, not a season word for autumn, but a season word for winter - not simply on the water surface of the "murmuring brook" (seseragi せ せ ら ぎ) falls, but literally on the "noise" (MotoE 音) to “climb” this stream (noritaru 載 り た る) seems. Since it is certainly not the only sheet that is carried away with the sound of the stream, a translation in the plural would also be conceivable.

Many readers of SOMMERGRAS should see the "cherry blossom show" (hanami 花 見) be a term. Perhaps less well known is the fact that the moon can traditionally be the subject of collective consideration in Japan. For this you use the term "moon show" (tsukimi 月 見). According to the old lunar calendar, this is celebrated on the night of the 15th to the 16th day of the 8th month, since the moon is said to shine most beautifully in it. From this also derives the seasonal word of the "magnificent moon" used in the poem (Meigetsu 名 月) - in another common spelling also as "shining moon" (Meigetsu 明月) reproduced - from. This year, the date falls on September 13, according to the solar calendar. If you are wondering what the vat filled with water is supposed to do in this poem, you may find an explanation in ancient Japan. According to tradition, the court nobility of the Heian period (794–1185) never viewed the moon directly, but always only looked at its image in a specially created pond. On the one hand, that had more style and, moreover, you didn't give yourself up to what was considered unworthy of your own stand.

Nocturnal Typhoon -
on the federal highway 246
drives a truck

The Japanese federal highway 246 leads from Tōkyō via the Kanagawa prefecture to Numazu, a city in the Shizuoka prefecture. It stands out from the poem not only visually, but also in terms of content, because when did you encounter the "B96" or the "A4" in a German haiku? The poem is particularly excited by the fact that the truck drives on the said street, although a nocturnal "typhoon" (taifū 台風) - here as the season word for autumn - rages. Does the driver enjoy the journey in the closed cab or is he forced to drive through the night because he has something important to deliver by the next morning?

Next to the wing
the plane joins
a red dragonfly

This poem lives from the size difference between the plane and the "red dragonfly" (akatonbo 赤 と ん ぼ), which functions here as the season word for autumn. In contrast to its counterparts, the subfamily known as "Heidelibelle" in our region is comparatively small, but is often found in shoals. The poem could therefore also be translated in plural - think of an airport scene: "In addition to the wings / the aircraft there are / red dragonflies".

Falling autumn leaves -
on the damp floor
a yawning cat

In Japanese there are innumerable terms to describe the autumn leaves. The word of the season, which is used in this haiku, consists of the color name "yellow" (ki 黄) and the verb "fall" (ochiru 落 ち る), together in their Sino-Japanese sound kōraku to be read. According to the definition, these are falling yellow leaves, whereby the term is used in particular to describe the autumn leaves of "Gingko trees" (ichō 銀杏) and “Japanese chestnut oaks” (kunugi 櫟) is used.

In this haiku, two levels overlap, not only thematically, but also linguistically. The Japanese term for "open air market" (aozoraichi 青 空 市) contains the compound "blue sky" (aozora 青 空), which is associatively connected to the migratory birds. At the same time, the conversion of the lexicalized noun for "migratory birds" (wataridori 渡 鳥) in "migrating birds" (tori wataru 鳥 渡 る) - a non-lexicalized combination of noun and verb - to emphasize the movement aspect of the birds in the sky. Finally, the verb used wataru (渡 る) can also simply be translated as "crossing", which means that the birds become market visitors indirectly and at the same time evokes further associations with the people strolling on the ground. Ultimately, it is also unclear where the “noise” (kensō 喧噪) comes. Does this mean the haggling over prices or is it the flock of birds in the sky that is responsible for the radau? In the end there is the question of who is actually observing whom.

Sunbathing in winter -
also the lolling cat
has grown old

This haiku is a good example of the difficulties the seasonal word has in translating. In the English translation of the poem, which is contained in "HI - Haiku International", there is no mention that the described sunbathing (the cat? / The observer? / Both together?) Takes place in winter. It simply says: "Streched out / a sunbathing cat / is it old, too". However, in the popular seasonal dictionaries 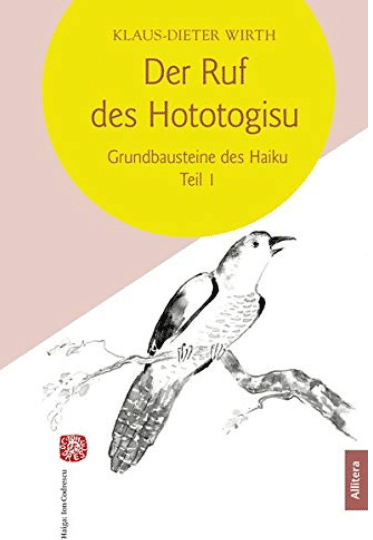 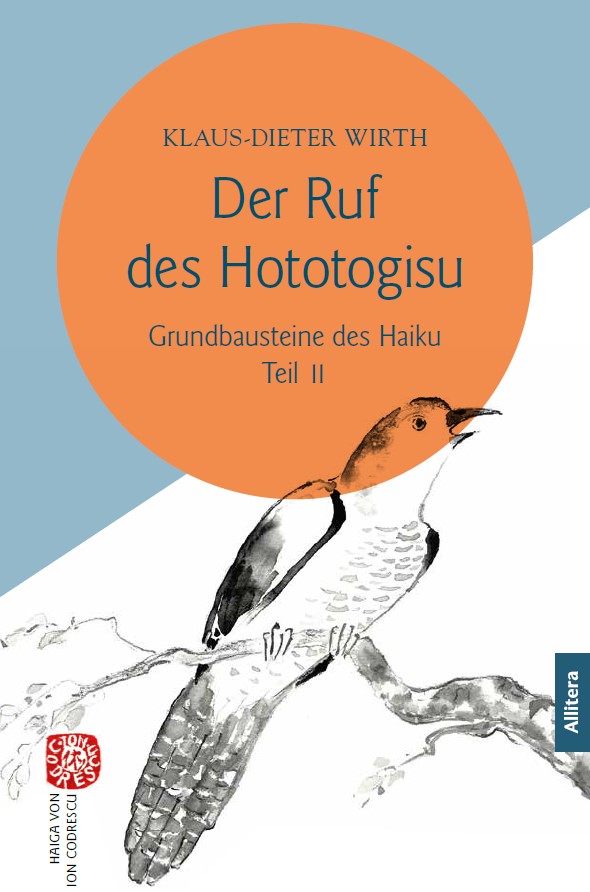